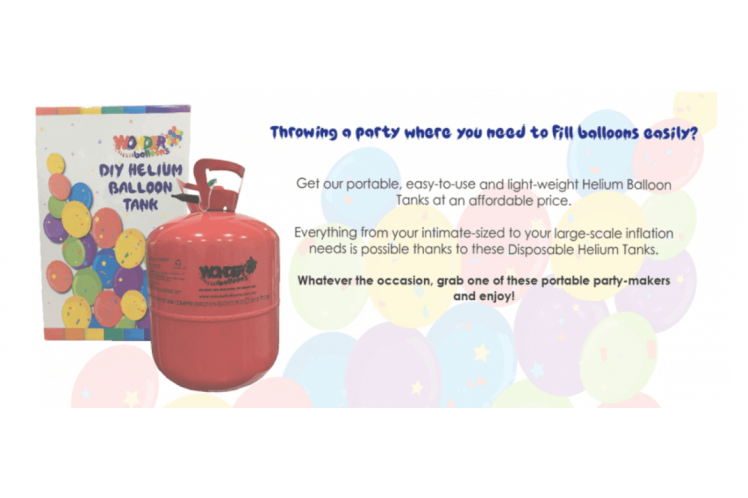 Helium balloons are a great way to decorate any party or event as it creates a celebratory, fun and exciting ambiance to the space! The helium balloons, in particular, are quite special and different from the standard balloons because they float around in the air, remain suspended and do not fall to the ground. People opt for helium-filled balloons to take their party, event or celebration to a next level!

Helium balloons are available in both inflated and uninflated forms. But the advantage of filling the balloons yourself is that its way easier to transport the balloons to the venue and ensure they last long without the fear of popping during transportation. To inflate the helium balloons, all one needs is a Helium Balloon tank to inflate balloons on the location.

Helium tanks are lightweight, disposable and easy to use. The helium tanks make decoration at any event, a piece of cake. Rather than transporting dozens of balloons from the store, helium balloon tank conveniently inflates balloons onsite.

Before you read the step by step guide to use Helium Balloon Tank, Here’s a demonstration about How to use Wonder Balloons DIY Helium Tank.

Here is a step by step guide on how to use a helium balloon tank to inflate balloons on site.

First of all, you need to determine the number of helium balloons required. Figure out the quantity and the balloon size. Once you get the idea for that, consult online to figure out the tank size that will best suit your requirement. Once you are sure, purchase the helium tank online.

Step 2: Determine the time to inflate

The time period for helium balloons to stay afloat depends on the temperature, altitude and humidity in the environment. The foil balloons can stay afloat in the air for three to fifteen days and the standard latex balloons stay suspended unto fifteen hours. So, it is important to keep this aspect in the mind prior to filling the balloons.

Step 3: Turning on the helium tank

Take out the tank from the box and keep it in a safe and secure place. Position the tank with the nozzle facing away from you. Check to see that the nozzle is tight on its stem. Open the release by turning the valve handle counterclockwise.

In order to inflate a latex balloon, firmly hold the balloon with both hands. Stretch the balloon opening enough to slide it onto the nozzle. With one hand on the balloon neck and nozzle, pinch the balloon and press down on the nozzle until the hissing sound of helium is released from the tank to fill the balloon. The balloon will inflate quickly.

When the recommended size of the balloon is achieved, let up on the nozzle to stop the release of helium. But do not let go of the balloon and hold it firmly so that the air does not escape.

Also make sure to not over inflate the balloon. Latex balloons should have a round shape when inflated. Balloons shaped like pears or light bulbs are over inflated and more likely to burst. They also use up more helium, so work speedily and smartly.

Similarly, in order to inflate a foil balloon, first locate the opening on the tab located at the tail end of the balloon. Slide the opening gradually on the helium tank nozzle. Firmly hold the balloon around and press the nozzle. A hissing sound of helium being released will be heard.
The easy way to tell whether a foil balloon is finished inflating is when most of the wrinkles on it have disappeared. Foil balloons do not expand like latex balloons and can pop if you over-inflate them.
Once inflated, secure the flap on it. Foil balloons seal automatically, so all you have to do is pinch the opening tab flat.
After all the required balloons have been inflated, make sure to close the valve of the helium tank by turning the valve handle clockwise until it is tight. Bend the nozzle to release any extra pressure.

It is important that after use the helium tank is put back carefully in a safe place. Helium tanks should be stored in an indoor, well-ventilated, secure area. The tanks should not be stored in areas that are unprotected from the weather. Exposure to wet or damp areas could result in rusting, weakening the metal which could cause the tank to burst. The tank should be stored upright, to prevent damage to the nozzle or valve. The storage area should not have any materials in it that are combustible.

Decorate with the Helium filled Balloons

The helium filled balloons are light and tend to float if they go out of reach. Make sure that no balloons get out of hand. To make the helium balloons easier to handle, attach a ribbon or string on the knot of the balloon, and tie them to something stationary or use balloon weights. You can also be creative. People often attach photographs as a reminder of the good moments at the end of the ribbon. Some also stick hand-written notes and feelings which are left dangling at the end of the balloons.

To enhance the mood and theme of party, set up the balloon individually or in small bunches. Mix different colored balloons and create contrast and aesthetic appeal to the space. You can also use an array of colorful, helium-quality balloons to cover the complete ceiling with floating balloons to transform the space into something spectacular.

Helium balloons are one of the best ways to create a bright and bold party experience. Using these balloons have been made easier with the lightweight, disposable helium tanks which can inflate balloons right where they are needed. Helium balloon tanks are easy to use, safe, and convenient! 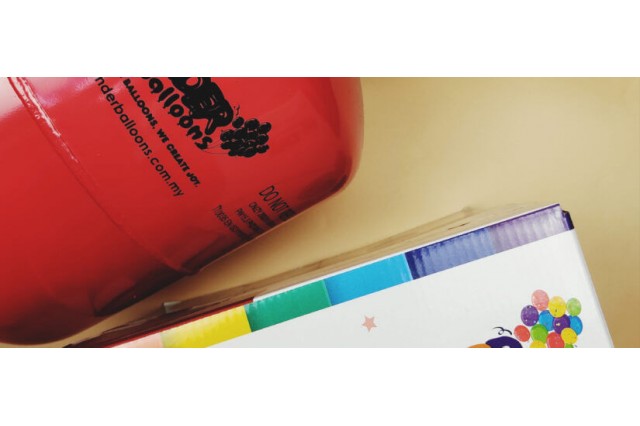 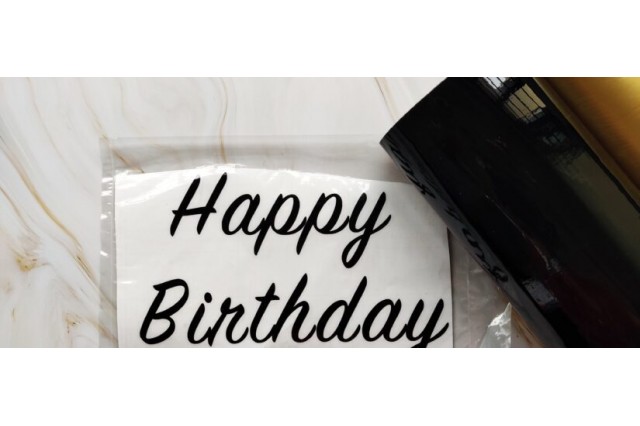 How To Make Balloon Stickers 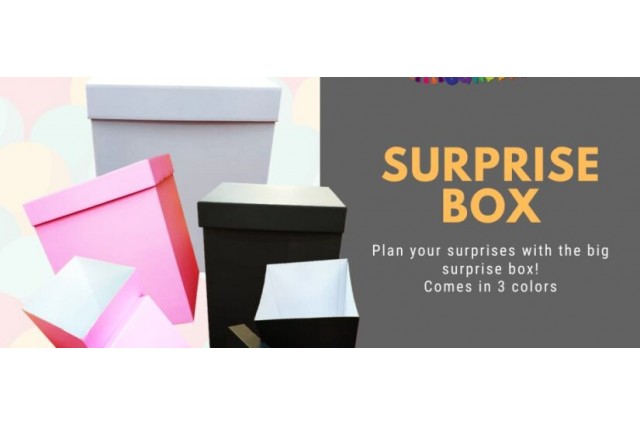 DIY Wonder Class: How To Get creative With The Surprise Box! 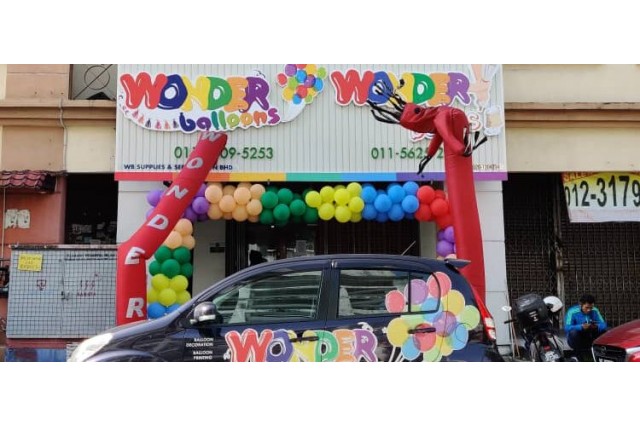 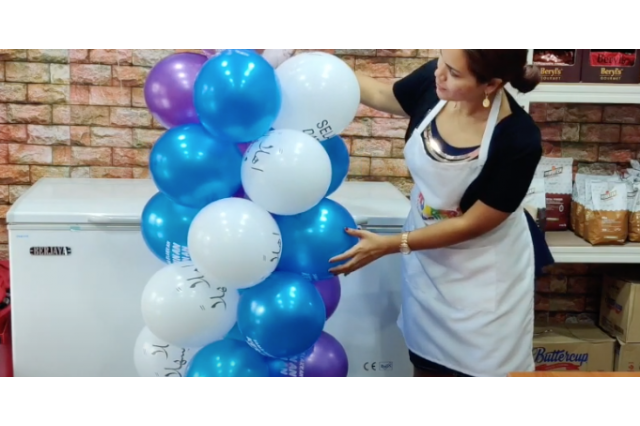 DIY Wonder Class: How To Make A Balloon Column With A Stand 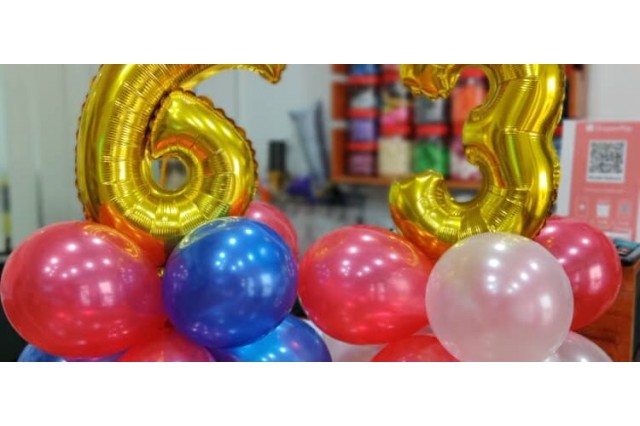